The DCEU is like a kid riding a bike; they crash on the first couple of rides, but slowly get better with practice. They’ve improved with Justice League.

I’m a fan of comic book movies, but I also have a love-hate relationship with Zack Snyder. I love his earlier work (Dawn of the Dead and Watchmen particularly), but his DCEU films are huge misfires. Thankfully, Justice League is an improvement. It’s a B-superhero movie that’s just lighthearted fun. I admire that Snyder and Joss Whedon (who did extensive rewrites and post-production work) treated Justice League as a lighthearted superhero flick.

There are a few occasional dark moments with the best being a brooding opening credits sequence. It uses a cover of Leonard Cohen’s “Everybody Knows” to show how hopeless the world has become without Superman. Part from that, Justice League relies on one-liners and witty banter to make the movie fun. Even Batman makes jokes, which is shocking!

The cast has great chemistry and each actor does their character justice. Mamoa plays Aquaman as a debauched rockstar, Miller plays The Flash as an antisocial nerd, and Fisher portrays Cyborg as a man torn between his humanity and robotics.

Affleck and Gadot are once again great as Batman and Wonder Woman; they both sell their characters’ conflicts and opposing views of battling Steppenwolf. Steppenwolf is where the movie suffers. There’s no substance or originality with Steppenwolf and even with the underrated Hinds playing him, I wasn’t sold. Then again, does anyone ever watch a superhero ensemble movie for the villain?

The plot is a standard save-the-world formula we’ve seen done a thousand times. However, the final act is worth the ticket admission alone, thanks to Snyder and Whedon’s portrayal of Superman. He’s not recklessly destroying cities or brooding; he’s smiling and saving villages from destruction.

The DCEU sounds like it’s on its last leg, but I’m willing to keep going back since the movies are getting better. 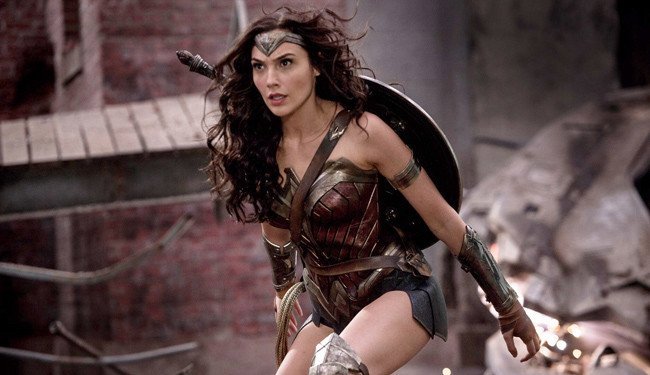 The DCEU has finally gotten their act together! After their three consecutive misfires (“Man of Steel,” “Batman vs. Superman,” and “Suicide Squad”), they’ve redeemed themselves with “Wonder Woman.”

Diana Prince (Gal Gadot) grows up training to fight Ares, the God of War. She’s trained by her fierce aunt Antiope (Robin Wright) until one day a soldier named Steve Trevor (Chris Pine) appears on their beach, informing them of World War I. Diana agrees to help Steve stop a powerful enemy, under the assumption it will end all war. But will it?

“Wonder Woman” is the first DC film since the original “Superman” that paints heroism in a positive light. Diana doesn’t bomb buildings like in Tim Burton’s “Batman” or recklessly destroy buildings and kill thousands of people in a fight like “Man of Steel.” She fights, kills only when provoked, and she saves people (did Superman save anyone in “Man of Steel?”).

Diana’s flaw is often highlighted in key scenes where she has to decide between saving someone in front of her or pursuing the greater evil and save thousands of lives. This sets up some emotionally investing conflicts as she learns the hard way that she can’t save everyone; even if she wins a battle.

Gal Gadot is charismatic as the lead heroine; despite showing off impressive stunt work, I was more impressed with her emotional moments. It’s sweet watching her discover small joys such as babies or ice cream. It’s funny to see her match an outfit with her battle gear. It’s sad watching her mourn the loss of loved ones in battle and learning war has consequences.

Chris Pine brings boyish charm as the sly Trevor. He acts as Diana’s mentor, partner, and lover. I was more invested in their mentor-protege and buddy cop relationships rather than the actual romance. The romance between them is forced, but not annoying.

The main villains could have also used some more development and originality since they are cliched mad scientists; however, “Wonder Woman” is about the hero and not the villain, so I’ll let it pass.

Director Patty Jenkins also pulls off something few indie directors have accomplished: transition from a low-budget film to a big blockbuster and direct both competently. Each action sequence looks like an expressionist painting and are strengthened by Jenkins’s exceptional use of slow motion (a style I’ve resented in recent years).

“Wonder Woman” is arguably the best film so far this summer. And when that guitar solo kicks in during action sequences, it will likely have you quietly saying, “Yes,” like it did for me.