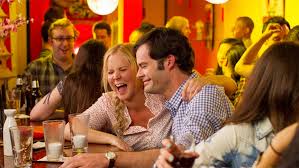 Amy Schumer’s Amy is the best on-screen hot mess I’ve seen in years. What makes her so likable is her brutal honesty and complex, self-aware nature.

“Trainwreck” is Judd Apatow’s (“The 40-Year-Old Virgin” and “Knocked Up”) fifth film and it’s about Amy. She’s a woman raised by a jackass father (played by the underrated Colin Quinn) to believe monogamy isn’t realistic. She sleeps with several men (and women), drinks like a fish, and smokes her fair share of weed. Amy also works for a men’s magazine called “S’nuff” where she’s assigned to profile Bill Hader’s sports doctor, Aaron Conners. Could he be the guy to convince Amy monogamy is possible?

Once again, I have to applaud Schumer for her brilliant and raw sense of humor. Schumer wrote the film’s screenplay, which contains dirty talking instructions, a comparison between a woman’s period and the infamous “Red Wedding” scene from “Game of Thrones”, and an extended “walk of shame” sequence. This is comedy gold, people!

A lot of times, we see romantic comedies where the woman is at fault for the relationship’s demise, but here, it’s a two-way street between Amy and Aaron. You know your relationship will have bumpy roads when you have a trainwreck and an uptight inexperienced person learning each other’s flaws the hard way.

It’s not just the humor or the fresh perspective in romantic comedies that sell “Trainwreck;” it’s the cast. You have Brie Larson (“21 Jump Street”, “Short Term 12”) as Amy’s estranged foil of a sister, WWE’s John Cena as Amy’s clueless and closeted boyfriend, Ezra Miller (“The Perks of Being a Wallflower”) as an awkward intern, NBA’s Lebron James as a fictionalized version of himself, and the great Tilda Swinton (“Michael Clayton”, “Snowpiercer”) as Amy’s narcissistic boss.

With all Apatow movies, you can expect some drawn out scenes and a few too many subplots, but I can forgive those minor flaws thanks to the genius of Amy Schumer.

Well, I guess all I can say about “Terminator Genisys” is thank god Arnold Schwarzenegger is back!

“Terminator Genisys” is part sequel, prequel, remake, and reboot of the “Terminator” franchise, featuring a new timeline. The talented Jason Clarke (“Dawn of the Planet of the Apes” (2014)) is now the fifth actor to play John Connor and the film begins with him defeating Skynet. However, he still needs to send Kyle Reese (played by a very whiny Jai Courtney) back to 1984 to protect Sarah Connor (now played by Emilia Clarke of “Game of Thrones” fame). When Reese arrives, he discovers that Sarah is now the strong warrior she’ll later become in “T2” (1991) and she has a T800 (Schwarzenegger) nicknamed “Pops” by her side. They assemble Reese to change the future, but Reese discovers there’s a potential new result of Judgment Day in 2017 instead of 1997 (the date of Judgment Day in “T2”).

You know? I didn’t like “Terminator Genisys”. It’s not a bad movie, but like “Terminator 3: Rise of the Machines” (2003) and “Terminator Salvation” (2009), it wasn’t needed. “Genisys” isn’t redundant stupidity like “T3” or uninspired like “Salvation”, but it suffers due to poor casting choices and unnecessary complications.

Jai Courtney is unbearable as Kyle Reese, delivering an uninspired and clueless performance; he clearly went into this movie without researching Kyle Reese or Michael Biehn’s portrayal of him. Jason Clarke is a solid actor, he gives a very mixed performance as John. He overdoes the cliched philosophical warrior in the first half of the movie before going bonkers in the second half. Emilia Clarke is good as Sarah Connor, but she doesn’t have any chemistry with any of the other cast members here. Not sure if it’s her fault or not.

Remember when I said it’s complicated? I’m not kidding. “Terminator Genisys” tries the “X-Men: Days of Future Past” (2014) play by erasing the flaws with a new timeline and misfires! The new timeline is incredibly confusing and features a very unnecessary and bizarre remake of “The Terminator’s” (1984) opening ten minutes, a theory that time travel can create memories of your unforeseen future, and an unresolved subplot involving Matt Smith (“Doctor Who”).

I can forgive some of these flaws due to Schwarzenegger giving the Terminator a touch of protective father and badass old man. He also remains incredibly funny throughout a majority of the film, which was refreshing. Speaking of funny, the wonderful JK Simmons kills it as a bumbling detective caught in the middle of the plot.

The action and visual effects are exciting, as well, though will never compare to “T2’s” epic action sequences. I mean, if you’re a fan of the “Terminator” franchise, you might be entertained, but ultimately, it’s another missed opportunity. 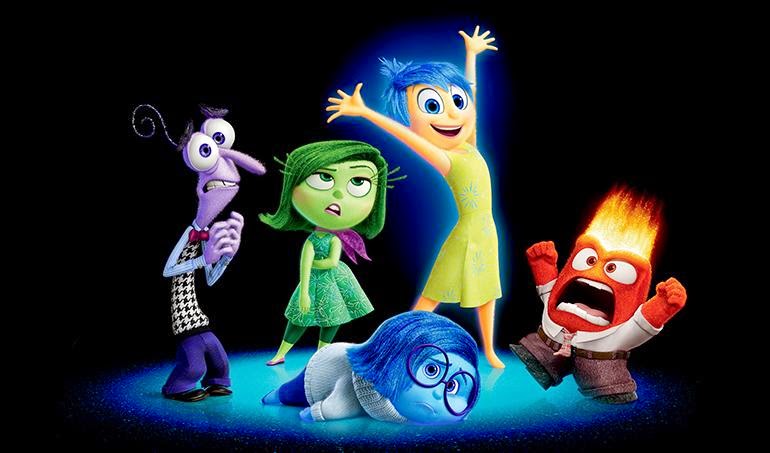 “Inside Out” follows a twelve-year-old girl named Riley, who moves from Minnesota to San Francisco with her parents. She’s very cheerful, outgoing, and loves hockey, which is attributed to her emotions’ leader, Joy. Alongside Joy are Sadness, Disgust, Fear, and Anger; they all politically manage Riley’s emotions and behavior with Joy often bringing the best out of Riley. However, when Sadness clumsily ruins some of Riley’s happiest memories, Riley shuts down and grows confused and anxious like twelve-year-olds do. Disgust, Fear, and Anger don’t help as they constantly screw up Riley’s activities more-so while Joy and Sadness work together to correct this mess.

Short and sweet, “Inside Out” is a total gem. Director Pete Docter (“Monster’s Inc.” (2001) and  “Up” (2009)) continues his masterful talent by combining a genre film with an emotional story empowered by beautiful animation. Remember how “Monster’s Inc.” was essentially a kid’s Dystopian Sci-fi story? “Inside Out” is a kid’s disaster movie, but inside the kid’s head! No, this is NOT an animated version of “Inception” (2010).

The highlights of “Inside Out” include a very trippy abstract sequence in “Imagination Land,” a witty montage where you see the emotions operating Riley’s parents’ brains, and a clever and hilarious sequence where Sadness and Joy attempt to trigger a nightmare in Joy’s head to wake her up.

Like all of Pixar’s greatest works, the story is emotional and very bittersweet. Joy spends most of her time micromanaging Sadness’s moves, feeling she brings nothing but chaos and destruction to Riley’s life. To be fair, Joy’s not wrong, but their relationship is a strong metaphor of happiness and sadness balancing each other out.

I’m not going into further detail here but I’ll let you know that “Inside Out” is worth every penny. Please, go see this movie!

Twenty-two years ago, I sat in front of the boob tube wowed by the Brontosaurus. Eighteen years ago,  I was an annoying screaming kid watching the T-Rex destroy San Diego. Oh, some good memories (I’m forgetting being disappointed fourteen years ago by a certain threequel). And yet, “Jurassic World” was a pleasant treat and a new memory.

“Jurassic World” is part reboot and part fourth installment to the “Jurassic Park” franchise directed by Colin Trevorrow (“Safety Not Guaranteed”) and focuses on the now highly successful dinosaur-filled park. When Claire (Bryce Dallas Howard) decides the park needs a new attraction, her head geneticist Wu (BD Wong reprising his role from “Jurassic Park”) creates the Indominous Rex (boy, my word editor’s going nuts with the “Indominous” word through this review), a hybrid of several dinosaurs.

Chris Pratt’s character Owen predicts the Indominous will be uncontrollable since it hasn’t socialized with other dinosaurs. And he’s right when the Indominous breaks loose, kills several park employees and prisoners, and even instigates an air attack from a pack of pterosaurs. Claire and Owen then race against time to save the park and Claire’s nephews (Ty Simpkins and Nick Robinson).

There isn’t much you can do with a dinosaur movie. So, how do you keep it fresh? Have Owen train raptors with a mindset of treating them respectfully like a person would with their dogs. This looked silly in the trailers, but it makes sense after seeing the final product.

The raptor training nearly backfires in the climax when the Indominous communicates with the raptors, turning them against Owen, making it far more suspenseful. I only saw “Jurassic World” for the climax because I knew there would be a treat hidden for the end, which there definitely was. A T-Rex fight, anyone? Yes, it was done in “Jurassic Park III” for twenty seconds, but this was a far more satisfying and epic dino brawl.

Now I know I’m raving about this movie and coming off like a fanboy, but there are some flaws, as well. For starters, there’s a subplot involving Claire’s nephews coping with their parents’ divorce that goes nowhere, the dialogue isn’t always witty, and the Indominous loses its menacing qualities after the first hour or so. There’s even a confusing subplot involving an inGen head (Vincent D’Onofrio) trying to militarize the raptors!

But the movie’s redeeming qualities and nostalgia factor will leave you endorsed within “Jurassic World’s” opening shot.