Set between 1998 and 2003, The Disaster Artist follows Greg Sestero (Dave Franco) and Tommy Wiseau (James Franco) and documents their bizarre friendship. They meet in an acting class where Tommy’s fearless and unapologetic nature inspires Greg. After they encounter brutal rejection in Hollywood, Tommy suggests they make their own movie. And that’s how we got the 2003 awful-yet-entertaining cult film, The Room.

James directs and acts with the same level of passion and showmanship; his performance as Wiseau is the best performance I’ve seen all year. It’s much more than a great Tommy Wiseau impression. James brings life, humanity, and spirit to one of the strangest and mysterious celebrities. Sure, he brings on the laughs, but we also feel sorry for him whenever he’s dismissed or belittled (even though Tommy does it to himself).

As Greg Sestero, Dave delivers his best performance. Greg is the straight man, though he has a stronger arc than Tommy. We see Greg grow from a naïve baby face (Tommy’s pet name for him), to a confident actor, and finally to an annoyed-yet-loyal friend. The Franco brothers both show their strong fraternal bond through their characters.

Screenwriting duo Scott Neustadter and Michael H. Weber ((500) Days of Summer and The Spectacular Now) deliver an insightful script that depicts one of the most disastrous film productions in history. The Room was infamous for going over budget, over schedule, being shot on two formats, and several cast and crew members quitting. The Disaster Artist dives into the chaos of the production and we see that some of the depicted moments weren’t funny, but rather horrific. I found myself checking imdb to see how much of the production scenes in The Disaster Artist were true and found myself in awe. Though they risked losing focus with a tame subplot involving Greg’s girlfriend (Dave’s real life wife Allison Brie), I still found myself invested.

At one point, we see Tommy’s cast talking about The Room and actress Carolyn (Jacki Weaver) says the worst day on a film set is better than a boring day in real life This line is one of the many inspiring moments in The Disaster Artist. by the end when Tommy embraces his cult status, I felt provoked to make my own movie.

I’ve heard claims that Battle of the Sexes is an analogy for last year’s Trump-Clinton election. That’s not the case at all, though I can see both Emma Stone and Steve Carell playing Clinton and Trump in a future satire.

Women’s tennis champion Billie Jean King (Stone) is fed up with the gender wage gap and misogyny in the ATP. Washed up tennis player-turned-hustler Bobby Riggs (Carell) sees King’s crusade as a prophet for him and proposes a match dubbed “Battle of the Sexes.” King gladly accepts since Riggs continuously mocks women’s tennis.

Battle of the Sexes is a better-than-average biopic thanks to Jonathan Dayton and Valerie Faris’s (Little Miss Sunshine) direction and Stone and Carell’s performances. The film is filled with glossy 70’s visuals and some beautiful, expressive shots. Don’t worry, there’s plenty of witty dialogue and banter thanks to the terrific Simon Beaufoy’s (Slumdog Millionaire, 127 Hours) script.

Battle of the Sexes’s best aspect is its complex characters. This isn’t a black-and-white depiction of King versus Riggs, but quite the opposite. King plays for a cause, but has some flaws of her own in her love life. Riggs plays for attention and is clearly putting on a show to recapture his lost glory. Both Stone and Carell excel in capturing the emotions and complexity of their respective characters.

The film suffers from trying too hard at being Oscar bait on occasion. It’s quite obvious with Alan Cumming’s character’s closing line that the filmmakers are campaigning for the upcoming awards season. Also, like most biopics, we get closing captions in the end. It would be nice to see a biopic that defies this convention.

Still, I recommend Battle of the Sexes. It has spirit, humor, panache, and complexity. 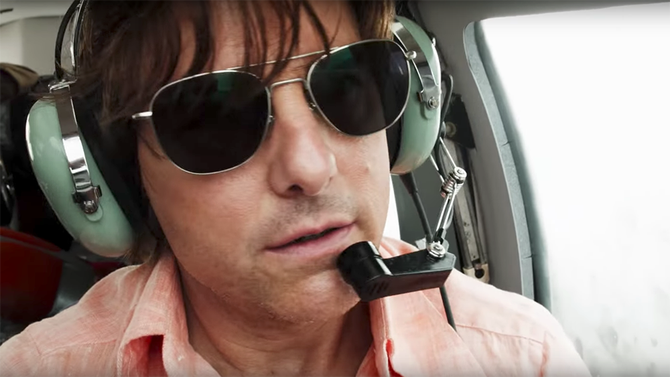 I love Tom Cruise and I love when Cruise gets a good script. American Made certainly makes up for last June’s The Mummy.

Based on a true story, American Made focuses on Barry Seal (Cruise). Seal was an airline pilot who began taking surveillance photos for the CIA until the Medellín Cartel took notice. Seal then smuggled hundreds of kilos of cocaine weekly for the cartel while simultaneously transporting weapons and soldiers for the CIA.

Seal says in a video camera at one point, “You can stop here if you want because shit gets crazy.” Seal is right. American Made is a funny, fascinating, and occasionally insane biopic. Director Doug Liman (Edge of Tomorrow, The Bourne Identity) could have taken a formulaic approach and mimic Scorsese’s biographical style with nonlinear narratives, extreme violence, and classic rock (as other directors have). Props to Liman for directing the film in a minimalist, docudrama style; it makes American Made’s crazier and extravagant moments feel more believable.

Cruise delivers one of his best roles as Barry Seal. Cruise is the cool guy as usual, but Seal isn’t an action hero. Seal is an adrenaline junkie who knows he’s in over his head; he just doesn’t want to stop since the money and thrills are too good. It’s a life-imitating-art case since Cruise often performs his own stunts for the sheer thrill.

American Made isn’t a perfect biopic since it’s formulaic. Much like Goodfellas, The Wolf of Wall Street, War Dogs, Pain & Gain, 21, and the other rags-to-riches crime films, we know there’s a downfall and the final act is slower like the other films. Liman doesn’t rely too heavily on formula as mentioned, so that’s a plus. 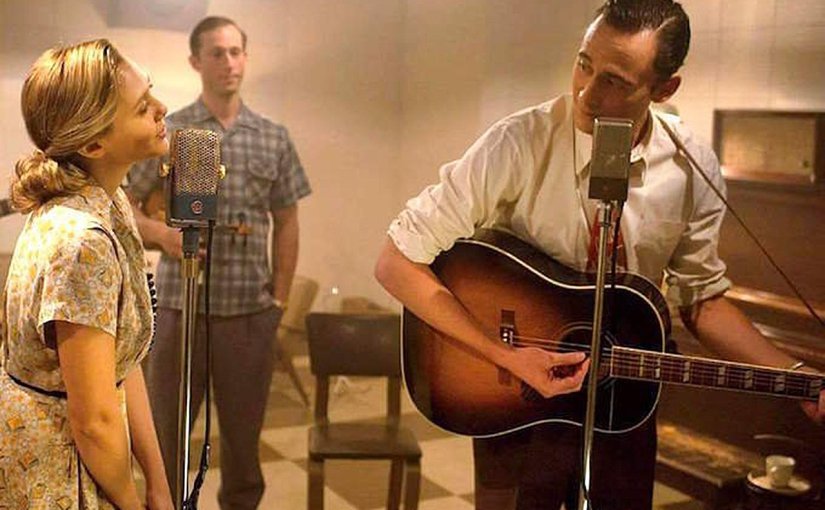 The key to making a good biopic about a troubled icon is to show why they were so troubled. “I Saw the Light” doesn’t follow this one rule whatsoever.

We follow Tom Hiddleston as the legendary country music star, Hank Williams. It’s an exploration through his short-lived success, two marriages, and A LOT of booze and painkillers. We see glimpses of Williams’s insecurities, back pain, and semi-manic behavior without any idea of what to make of it.

“I Saw the Light” was originally scheduled for release for Oscar season last December, but was delayed due to a booked release schedule. This would have been 2015’s one Oscar-bait movie that missed all its marks.

Hiddleston is semi-entertaining as the drunk and easily amused Williams, showing off solid singing skills (he did all of his own vocal work in this movie). Elizabeth Olsen  plays Hank’s wife Audrey, who’s often critical of Hank’s lifestyle and constantly threatens Hank with divorce. Her performance is fine, but I wish the writing for her character was more than redundant nagging. We don’t get to know anyone else but them, by the way.

Writer/Director Marc Abraham gets caught up in Williams’s debauchery and abusive behavior (he nearly shoots Audrey in one scene), but there isn’t a flashback, line of dialogue, or any indication of what made him such a terrible person. It feels like Abraham read the Hank Williams biography, highlighted his favorite moments, and decided to just film those without context.

After seeing “Batman v. Superman” last week, I wondered if movies could get more disjointed. Abraham beat Snyder in that category with this Cliff Notes mess.