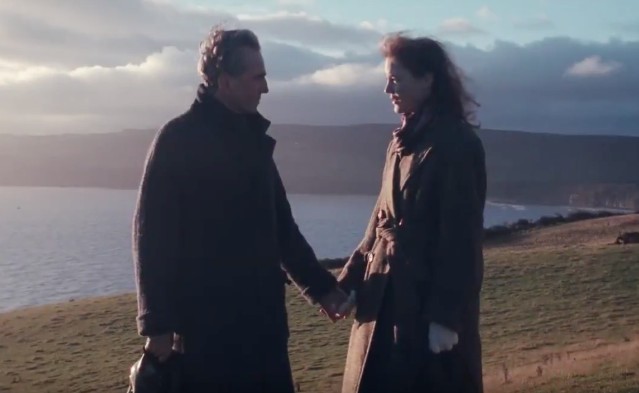 Set in 1950’s London, esteemed fashion designer Reynolds Woodcock (Lewis) has a routined life. He eats breakfast quietly while sketching his ideas, he walks after work to recharge, and if just one thing is set off, his whole day is ruined. Reynolds’s life becomes complicated when he falls for a young waitress named Alma (Vicky Krieps), who disrupts his routined life both unknowingly and knowingly.

I’m a huge fan of writer/director Paul Thomas Anderson’s work. Boogie Nights and There Will be Blood are two of my very favorite films, Magnolia is a misunderstood masterpiece, and I consider Punch-Drunk Love to be one of the best romantic comedies ever made. Anderson’s scientology epic The Master and noir comedy Inherent Vice were fine, but I was fairly underwhelmed during both. Anderson returns to his roots in Phantom Thread.

Like Anderson’s earlier work, Phantom Thread is a period film about dysfunctional relationships. Reynolds is an artist and prioritizes work over his love life. Alma doesn’t understand this at first, but later finds ways for Reynolds to show affection. In one fascinating scene involving a drunken customer ruining Reynold’s dress, Alma convinces an angry Reynolds to steal back the dress he designed, which balances passions for work and Alma. It’s one of many darkly funny character-driven moments.

Krieps brings a nice touch of darkness as Alma. What could have been another cliched underused love interest, is instead a clever, manipulative, and occasionally deadly femme fatale character. She loves Reynolds, but isn’t afraid to put him in his place. Krieps is every bit as good as her costar, Lewis.

In his final performance, Lewis is more subdued as Reynolds. He’s not yelling manically or talking in an overly masculine voice. He speaks quietly and relies more on facial expressions to convey emotion. Lewis captures the complexity of an obsessive artist. I understand his need for order while also understanding his need for solitude (even if he’s being a raging jerk about it). Anderson gives subtle visual queues to let us know when Reynolds loses control when he goes from well-groomed and sharp-dressed to having uncombed hair and a mismatched, wrinkled suit.

The final act of Phantom Thread is a brilliant piece of genre splicing. Though we’re watching a romantic period film, the final act contains moments of dark comedy and psychological horror, resulting in a haunting conclusion. It may drag in places, but Lewis and Krieps make the slow moments rewarding. Phantom Thread is a great return-to-form for Paul Thomas Anderson and a great send-off for Daniel Day Lewis.