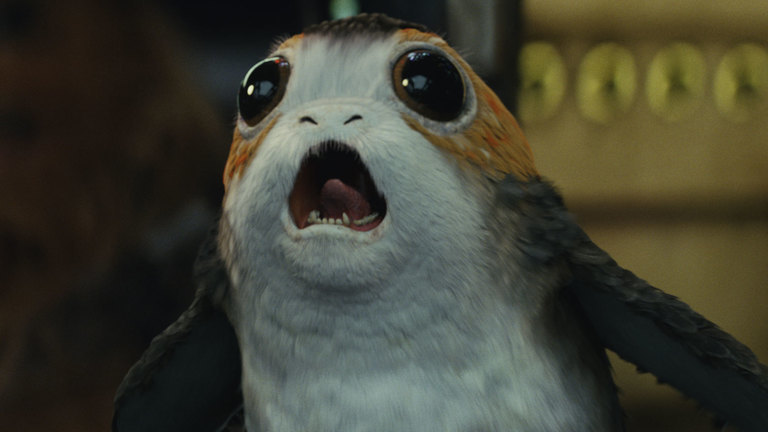 I saw a funny tweet earlier where mentions fans hated The Force Awakens for being “too safe.” The tweet also mentions how fans hate The Last Jedi for “taking too many risks.” Can we just all stop being angry fanboys and agree that The Last Jedi is fun?

Without spoiling anything, Rian Johnson’s follow-up to The Force Awakens takes place right after the first one ended. We focus on four storylines:

The Last Jedi has a lot going on within 150 minutes. I admire that auteur Johnson expands on the Jedi and Force mythologies; The Last Jedi excels when it focuses on Luke, Rey, and Kylo Ren. Part from that, I found The Last Jedi fairly disappointing. I attribute the disappointments to the film’s running time, which should have been 120 minutes.

Starting with the pros, the opening act is a mini Poe Dameron adventure reminiscent of the prologue of The Force Awakens. Isaac once again delivers a charismatic performance and has much more to do in The Last Jedi. Laura Dern plays a seemingly antagonistic admiral to Poe. When they meet, it’s built as a predictable Top Gun narrative, but I was left surprised. Poe’s story brought a lot of humor and heart to The Last Jedi. We’re also treated to the late Carrie Fisher’s final outing as Leia, who now acts as a mentor to Poe.

Johnson also turns Kylo Ren into a more complex character filled with anger, contradictions, and guilt. We see him go from mercilessly attacking the Rebel Alliance to briefly regretting his actions. Kylo Ren’s arc is unpredictable throughout the film and easily the strongest character arc. Driver’s portrayal of Kylo Ren here is a huge improvement over The Force Awakens.

Rey and Luke’s segment together is the film’s highlight due to Johnson’s fresh take. Hamill delivers a multi-layered performance as Luke; Luke is no longer a whiny kid, but a burned out Jedi in his prime. Ridley is just as good in this segment as she goes from idealistic to disillusioned. Also, we get to see the cute little Porgs here.

Now for the cons, I hated Finn’s segment. There, I said it. I’m in the minority and liked Finn in The Force Awakens, but his adventure with Rose is pointless. It serves no purpose to the film and neither does Benicio Del Toro’s eccentric thief character they encounter. This segment is an excuse to see another part of the galaxy and serves no purpose to Finn’s arc. It also causes several pacing and tone issues when we transition from this segment to the others.

When the segments tie together in the final 45 minutes, The Last Jedi is sensational. Johnson choreographs some innovative and brutal lightsaber sequences, gives us some stunning visuals, and writes some emotionally satisfying moments that made the final scenes unforgettable. I’m already looking forward to the next film because of The Last Jedi’s ending alone.

The Last Jedi is arguably the most polarizing Star Wars film of the franchise, but I still admire it for its risks. It’s downfall are Johnson’s overlong script and lack of restraint on callbacks. Maybe he’ll learn from his mistakes when his trilogy is released.