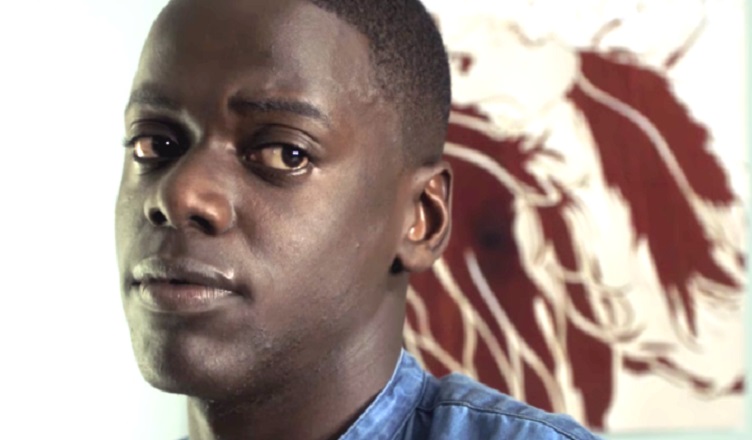 “My man,” “This thang,” and “Black is in fashion,” are just three of the awkward and inappropriate lines Bradley Whitford’s Dean utters to Daniel Kaluuya’s Chris in “Get Out.” This is a horror movie that’s more satirical than most modern horror movies.

The laid back and artistic Chris is seeing the beautiful and independent Rose (Allison Williams). They’re getting serious, so it’s time for Chris to meet Rose’s parents at her grandiose childhood home. Her father Dean is a neurosurgeon who tries too hard to be cool, while her mother Missy (Catherine Keener) is a hypnotherapist who wants to know about Chris’s darkest secrets.

In addition to the awkward dinner, Chris notices some strange behavior from the African American residents, and when he’s bluntly told to “get out,” he finds it’s easier said than done. That’s all you need to know about the plot!

“Get Out”  has everything I want in a horror movie, and then some. Eerie visuals and atmosphere, ominous music, a small amount of gore that isn’t distracting, restrained jump scares, an even balance between horror and humor, and social commentary. “Get Out” is a callback to some of the best horror films of the 70s and 80s, while holding its own.

Jordan Peele of “Key and Peele” shows off his love of horror films in his directorial debut. From the opening tracking shot to a thrilling climax, Peele keeps us white knuckling while laughing simultaneously.

Peele does a great job commentating on racism without being preachy about it. “Get Out” takes jabs at the racists who think they aren’t racist. Just because Dean says, “I would have voted for Obama a third term,” that doesn’t mean he’s the liberal saint he sells himself as.

Each cast member does a great job diving into their characters. Kaluuya plays Chris as a cool-yet-vulnerable man who wants to be treated as a person. Williams is cool and spunky as Rose, who acknowledges her family’s bigotry and won’t stand for it. Whitford and Keener are an even balance of menacing and quirky, taking a unique spin on the overbearing parent character arc.

The standout performance goes to the hilarious Lil Rel Howery as Chris’s friend, Rod. He takes the cliched comic relief best friend and plays him as a concerned secondary protagonist.

“Get Out” holds a rare 100% on Rotten Tomatoes, and rightfully so. It’s a social commentary that humbly states racism is still active, even if people think it isn’t.